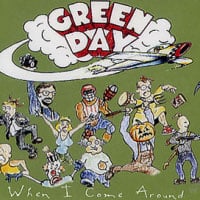 When I Come Around
Green Day
Level:

Genre:
Skills: Alternate tuning, Power chords, Strumming patterns
When I Come Around is another great power chord song by Green Day, which will really get your hands moving all along the fretboard. Our guitar lesson on When I Come Around will probably be the most challenging in our lineup of Green Day guitar tutorials, since the combination of power chords, ghost strums, and an interesting strumming pattern will make it more challenging for some.If you like to listen to punk rock, you'll definitely want to check out our video guitar lessons on Green Day songs. If you don't like punk rock, you should still check out at least Good Riddance (since it incorporates a number of guitar techniques) and Holiday (to learn more about power chords).
6:56 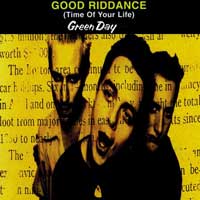 Genre:
Skills: Arpeggios, Chords, Strumming patterns
I usually recommend our guitar tutorial on Good Riddance to absolute beginners for several reasons.First of all, because it's fairly simple to play, so the feeling of success will come pretty quickly, which keeps beginner motivated. Second, it gives newbie guitarists a chance to practice several very important techniques. First of all, you'll learn to play several chords, as well as learn to change in between them. You'll also have a chance to practice string skipping, as well as strumming, which really makes this piece an all around terrific song for beginner.
13:59 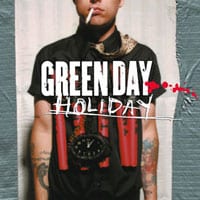 Genre:
Skills: Alternate picking, Power chords
If you are looking to learn easy Green Day guitar songs, you'll really enjoy our learning to play Holiday.It's slower paced than American Idiot for example, which means it's easier to learn and play. The song is in the key of F minor, and will give you a chance to learn to play power chords and chord progressions involving these diatonic chords.You'll also learn a couple of cool guitar riffs, which sound great under distortion (and will surely drive you neighbors crazy 🙂 ).
10:58 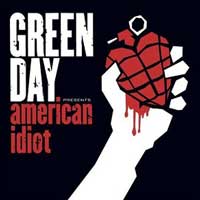 Genre:
Skills: Power chords, Strumming patterns, Vibrato
If you like punk rock and want to get an introduction to playing it on the guitar, you'll love our guitar lesson on American Idiot.You'll learn power chords and the correct way to strum them fast, which is not as easy as you might think at first. You'll also learn to play several really cool licks from the song, which will develop your alternate picking technique. If you are not that much into punk music, you may not enjoy this guitar lesson as much as some other ones, but I still recommend that you watch it and learn the techniques, since you'll be able to use them in other songs outside of the punk genre as well.

I decided to include several Green Day guitar lessons on our site because of 2 reasons. Firstly, their music is easy to learn by beginners who like the genre, and secondly, they were one of my favorite punk bands from my younger years. I actually met them at a festival in Europe, and got to hang out with them (and their BIG Philippine bodyguard, Tiny). 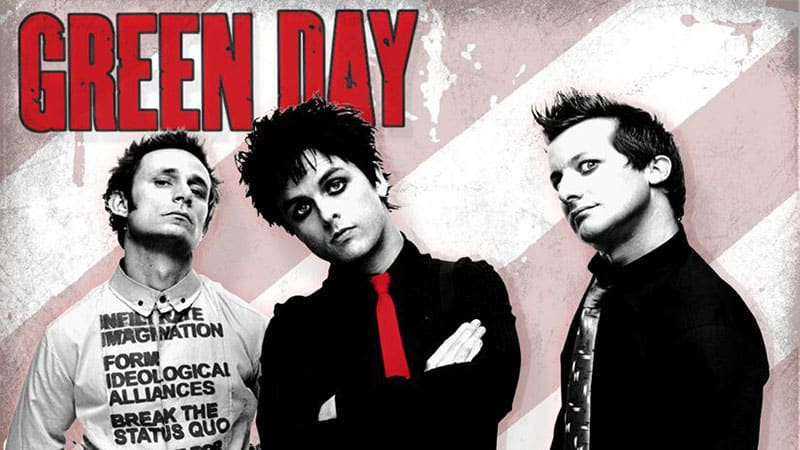 Green Day was formed in 1987, and interestingly enough, only released 8 studio albums. The most popular of their albums (based on chart rankings) is 21st Century Breakdown

, which is available on vinyl as well, for all hard-core punk fans. They’ve won tons of awards, with most of their albums having gone multiple platinum, so I think it’s safe to say that while you learn to play Green Day guitar songs, you’re not only advancing your technique but making great music at the same time.

If you want to learn songs from the band, check out some of our Green Day guitar lesson videos: