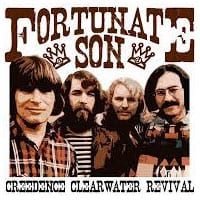 Genre:
Skills: Double stops, Power chords, Slides, Strumming
Fortunate Son is one of the most memorable songs from Creedence, and best of all, it is easy to play. I would call it a low-intermediate song in terms of difficulty. In this guitar lesson on Fortunate Son, you'll have the opportunity to learn the entire song, so you'll be able to play along with...
16:35 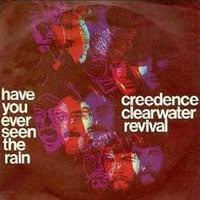 Have You Ever Seen the Rain
Creedence Clearwater Revival
Level:

Genre:
Skills: Chords, Percussive slap, Syncopated strumming
Have You Ever Seen the Rain is a terrific song by John Fogerty and Creedence, and it's actually not that difficult to play on guitar! There are a couple of tricks to it though, which makes learning this song really valuable to all you acoustic players since you’ll be able to use the techniques you learn...

CCR was composed of John Fogerty, Tom Fogerty, Stu Cook, and Doug Clifford. They were known for hits such as Fortunate Son (1969), Have You Ever Seen The Rain (1970), and the all-time favorite Proud Mary, which combined steadily strummed guitars, a flawless rhythm section, and male gospel harmonies.

John (the lead vocalist and guitarist) was the driving force. A Vietnam vet himself, his songs rarely talked about romantic elements. Instead, he focuses on social and political issues. The band would record and perform together for five years, from 1967-1972, selling over 28 million records. Most of their songs are still hits on classic rock radio in the U.S.