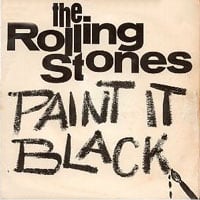 Genre:
Skills: Alternate picking, Hammer-ons, Open chords, Pull-offs, String skipping
Paint It Black is another classic rock song by The Rolling Stones, one that you absolutely need to learn if you are into rock music. You'll learn a wide array of more advanced guitar techniques with this song, so if you are a beginner, this tutorial might be just a bit too hard for you....
16:07 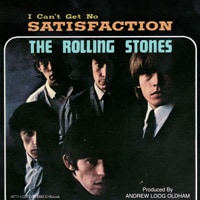 Genre:
Skills: Barre chords, Hammer-ons, Open chords, Pull-offs, Strumming patterns
I’m not sure you know this, but you are about to learn the 2nd best song ever written. Really. According to Rolling Stones magazine, (I Can’t Get No) Satisfaction by the Rolling Stones is the 2nd greatest song of all time, on their list of 500 best songs. Now that’s a pretty nice achievement if...

The Rolling Stones knew precisely how to tap into the youthful and anti-establishment philosophy of the 1960s with songs such as Let’s Spend the Night Together from Between the Buttons and Honky Tonky Women. Singing about sex, rock, and roll, this group cemented its place as the bad boys of the art; and The Stones will never forget them.

The band was formed in London back in 1962, diverging from pop-rock that characterized the early 1960s to grittier hard rock. The earliest members were Mick Jagger, Keith Richards, Bill Wyman, Brian Jones, and Charlie Watts.

Initially, Jones put everything together and created the sound and look of the band. But it was not until Mick Jagger and Keith Richards (guitarist) took over as the creative forces that the band found greater success with albums such as Aftermath, Sticky Fingers, and Some Girls. They sold over 240 million records thanks to Mick Jagger’s moves and the guitar skills of Keith Richards, Brian Jones, Mick Taylor, and Ronnie Wood.