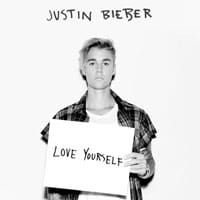 Genre:
Skills: Barre chords, Open chords, Percussive slap, Slash chords
Love Yourself isn’t a typical Justin Bieber song. It was co-written by Ed Sheeran, so it’s not the usual electronic pop music you would expect from Justin Bieber. This song is played on an electric guitar, but you can play it on an acoustic of course. It’s loads of fun to play along with the...

Who doesn’t love a bit of Justin Bieber? The young singer has taken the world by storm and his music is enjoyed by fans of all ages.

So whether you’re a die-hard fan or just want to learn some catchy tunes, grab your guitar and start learning!