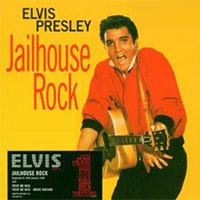 Genre:
Skills: Alternate picking, Barre chords, Power chords, String muting
Our guitar lesson on Jailhouse Rock will teach you how to play the Elvis Presley version of this popular oldie. This is a really fun song to learn, and other than the solo, it's very easy as well. Keep in mind that to fully enjoy this song, you'll need to play along with the backing...
16:35 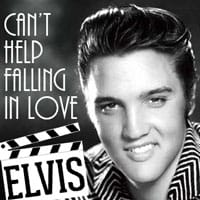 Genre:
Skills: Chord changes, Chords
Can’t Help Falling in Love is a very popular song made famous by Elvis, and it’s a great beginner guitar song you can learn today! There are just a few harder chords involved, which probably will give you a headache at first, but I promise you, keep at it and practice them for a couple of weeks,...

Chuck Berry is sure to have been the father of rock and roll, but Elvis was the first to be felt as its heartthrob. He combined broad musical influence with energy and lyrics that challenged the social and racial tones of his time. He’s the man who combined the fine elements of rock and roll, gospel, country music, and bluegrass into modern-day rock.

Elvis burst into the rock and roll scene in the 1950s when his family moved to Tennessee. It was there that he pioneered rockabilly together with artists such as Bill Black and Scotty Moore. He cemented his place as the ‘king of rock and roll’ with hits such as Blue Suede Shoes, Suspicious Minds, Hound Dog, and concert albums such as Elvis in Memphis, Moody Blue, and Elvis is Back.