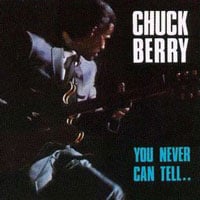 Genre:
Skills: Chord changes, Major scale, Power chords, Rock & Roll rhythm
You Never Can Tell is a real Rock N Roll classic by Chuck Berry, giving you a taste of Chuck Berry’s style of music. The original song has of course has a full band playing, so the guitar part on its own isn’t that exciting, but you can really grove out if you play it...
11:20 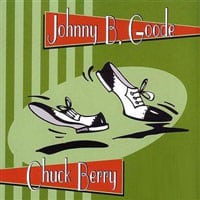 Genre:
Skills: Fast plucking, Hammer-ons
I may be going out on a limb here, but I think Johnny B Goode is perhaps the most well-known Rock n Roll song of all time. It is famous all throughout the world, and it’s really fun to play once you get it up to speed. Don’t rush it though, Rome wasn’t built in...

If you’ve ever googled, “WHO IS THE FATHER OF ROCK AND ROLL?” you probably got Chuck Berry — known for hits such as Roll over Beethoven, Maybelline, and Rock and Roll Music. He’s the guy who put the fine elements of rhythm and blues into rock and roll. He knew how to connect with the aura of youth and their frustrations.

Chuck Berry got into music back in 1953, having followed the guitar riffs and performances of T-Bone Walker, a blues musician. He would perform with his buddy Johnnie Johnson, who encouraged Berry to contact Chess Records for his first song Maybelline. That was a hit, and from there, he shot to the skies with songs like No Particular Place to Go and the surreal Nadine. His best albums include One Dozen Berrys and St. Louis to Liverpool, thanks to his big swagger and wicked guitar licks.