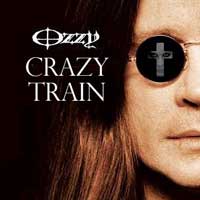 Genre:
Skills: Alternate picking, Power chords, Syncopated plucking
Crazy Train is an all-time classic song by Ozzy, which has a super lead guitar line. This electric guitar lesson is pretty long since Crazy Train is a fairly complex piece. You’ll learn power chords that they play in the intro, as well as all of the signature riffs they play during the song. The...

Ozzy Osbourne is an English singer and songwriter. He rose to prominence in the early 1970s as the lead vocalist of the heavy metal band Black Sabbath. Osbourne has since gone on to have a successful solo career.

Ozzy does not play guitar at all, but he’s had great guitar players at his side: Randy Rhoads, Jake E. Lee, Zakk Wylde, Steve Vai, and Gus G to name a few.