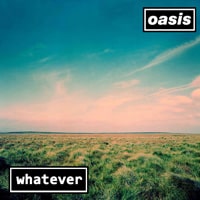 Genre:
Skills: Fast strumming, Open chords, Strumming patterns, Syncopated strumming
If you want to advance your strumming skills (and learn a terrific song in the process), you’re definitely in the right place. Whatever is a very characteristic Oasis song. It uses lots of chords, strumming, and if you’re up to it, you can even learn the lyrics. It is played at 100 bpm and is played...
7:59 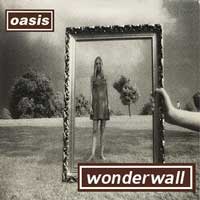 Genre:
Skills: Accented strumming, Capo, Open chords, Strumming patterns
Wonderwall is a really sweet strumming song that you’ll love playing in your free time. It requires a capo, as you’ll need to offset your pitch by 2 semitones, so if you don’t have one yet, you’ll need to buy a capo and start learning this song after it’s arrived. You’ll start out by learning how...

This English rock band is known for hit albums such as (What’s the Story) Morning Glory? (1995), Be Here Now (1997), and Heathen Chemistry was formed in Manchester back in 1991 by Liam Gallagher (vocalist), Tony McCarroll (drums), Paul “Bonehead” Arthurs (guitar), and Paul McGuigan (bass guitar) as members.

When they were active, the band had various lineup changes. They got Liam’s brother Noel, then McGuigan left, and they got Gem Archer and Andy. Finally, they split in 2009 with 17 NME Awards, 6 Brit Awards, 4 MTV Europe Music, and the Outstanding Contribution to Music award.

According to Paul Ashbee, credited for bringing the band together, the band’s guitarist (Bonehead) created the band’s iconic raw, gritty sound. But in a 2020 interview with fans, Liam chose Gem and Andy as the best guitarist over his lifelong friend Bonehead. Still, they remain great friends, and Bonehead often joins Liam on stage during his solo performances.