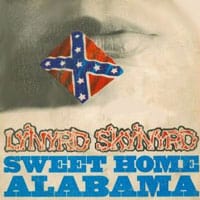 Genre:
Skills: Hammer-ons, Open chords, Pull-offs, String bending
Sweet Home Alabama is an immensely popular song that people love listening to, so they’ll love listening to you playing it. This lesson will also improve your lead guitar technique since you’ll be using single-string plucking to play the song. It’s based on a D - C9 - G chord progression, so chords you’ll most...
12:26 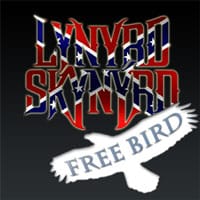 Genre:
Skills: Alternate picking, Arpeggios, Chords, Slides, Vibrato
Free Bird (often misspelled as Freebird) is a huge-huge classic by Lynyrd Skynyrd, and a great song to practice and thus improve your guitar skills with. It will give you a chance to practice a wide array of guitar techniques. First of all, you’ll be learning a couple of chords, which you will then learn...

This American Rock group was formed back in 1964, in Jacksonville Florida. It comprised Ronnie Van Zant, Gary Rossington, Larry Junstrom, Bob Burns, and Allen Collins. At first, they went as My Backyard.

In 1969 they changed to Lynrd Skynrd, having settled on a new lineup that included Leon Wilkinson as the bassist, Ed King as the guitarist, and Billy Powell as the keyboardist. They released their first album in 1973 and went on to achieve great fame during the decade. They are credited as the guys that took Southern Rock mainstream.

A few members left during the 70s, other musicians joined, and the band released four more studio albums before Van Zant, Gaines, and Cassie Gaines (backup singer) died in a freak plane crash in 1977. The rest of the band survived, though with serious injuries. But their hits, such as Free Bird and Sweet Home Alabama (which has one of the most iconic guitar riffs of all time), still live in our hearts.