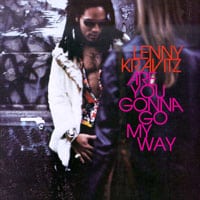 Are You Gonna Go My Way
Lenny Kravitz
Level:

Genre:
Skills: Barre chords, Funk guitar rhythm, Ghost strum, Lead guitar techniques, Muted strumming, Palm muting
Only great songs can truly stand the test of time, and Are You Gonna Go My Way by Lenny Kravitz is one of them. Would you have thought it was released decades ago? It is energetic and feels every bit as modern as any contemporary rock song. In this guitar tutorial, you'll learn how to...
8:01 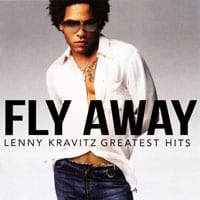 Genre:
Skills: Barre chords, Ghost strum, Power chords, Strumming patterns
Fly Away is a very popular song that you'll love playing since it is another one of those rare gems where you'll be able to play along with the original track very quickly. The tutorial covers everything you'll need to be able to play along with the actual recording, including the Fly Away chords, strumming...

Lenny Kravitz is the guy they call the ‘god of rock and roll’ owing to his wicked songwriting and producing skills, and mastery of a wide range of genres and musical instruments. He attended school with another guitar greatest of all time, Slash, from Guns N’ Roses.

Surprisingly, Lenny’s debut album Let Love Rule (1989) wasn’t a success. It received both love and hate equally. But he never gave up. He kept recording and producing, even wrote and produced Justify My Love for Madonna, Aerosmith’s song Line up, and David Bowie’s The Buddha of Suburbia. It was his 1998-2002 albums that earned him Grammys as the Best Male Rock Vocalist, setting the record for most wins in arrow by any artist ever.