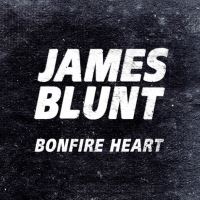 Genre:
Skills: Barre chords, Chord changes
Bonfire Heart is a great song to learn if you want to take your fingerpicking skills to the next level. While the fingerstyle sections of this tutorial are aimed at intermediate guitarists, beginners can start by learning the chords and strumming them along with the song. We’ll start our Bonfire Heart guitar lesson by learning...

James Blunt is a British singer-songwriter and record producer who plays multiple instruments too. He’s also a former soldier who was posted in Kosovo under NATO.

James got into music after leaving the military and immediately achieved a cult following with his debut album called back to Bedlam in 2004.

Blunt plays the guitar well, having been introduced to it at quite a young age. He took it with him to Kosovo, strapped it to the outside of his tank, and played for locals and troops. He plays guitar live at all of his concerts as well.